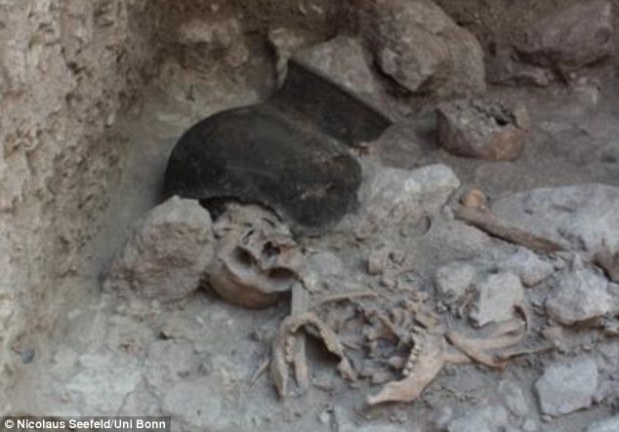 Archaeologists have discovered a 7th-century mass grave in the Mayan city of Uxul, Mexico. The mass grave contained the dismembered skeletal remains of twenty-four victims. Nicolaus Seefield, from the University of Bonn, who made this discovery has interpreted the skeletal remains as those belonging to prisoners of war and the grave being the site of a Mayan water reservoir. 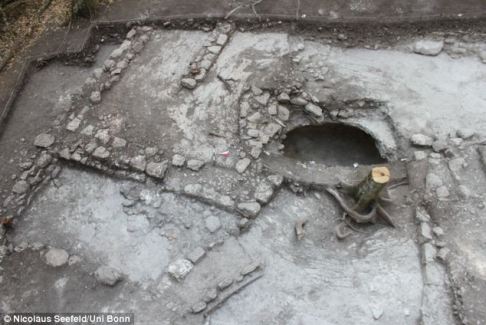 The twenty-four dismembered skeletal remains were found within a Mayan water reservoir.

Due to being covered in a layer of clay, the victim’s skeletons were very well preserved enabling fifteen of the twenty-four skeletons to be chronologically aged and sexed. The age of the skeletons ranged between eighteen and forty-two years old, with thirteen of the skeletons being males. From looking at the skeleton’s dentition there is evidence of severe tooth decay and malnutrition, with a few of the skeletons teeth showing evidence of jade tooth inserts. The jade inserts are thought to be a sign of nobility, which could in the future help identify the victims of this massacre. 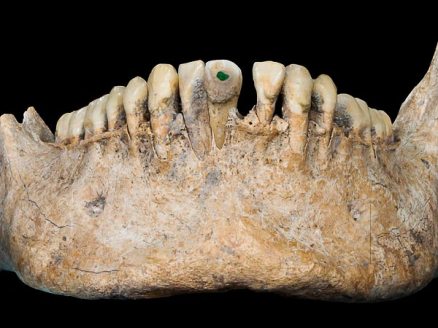 A victim’s mandible showing a jade insert within a tooth, which is thought to be a sign of nobility.

The skeletons were badly dismembered with body parts strewn across the floor of the mass grave. Seefield observed ‘complete legs, whose bones were still in the correct anatomical articulation from the hip, to the femur, the kneecaps until the smallest toe-bones. Apart from that I also observed other detached body parts such as severed heads, complete hands, detached feet.’ The skeletal remains also displayed evidence of blunt force trauma on the foreheads, and cuts from sharp Mayan blades on parts of the skull. 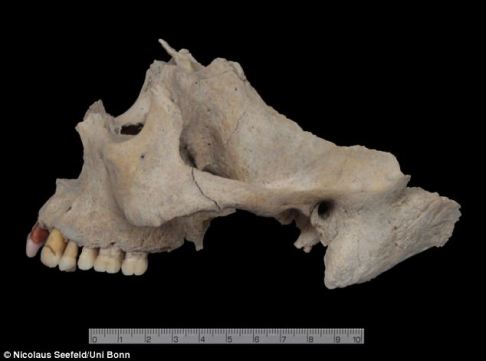 A massacre victim’s skull displaying evidence of the top portion of the skull being cut off.

A victims foot displaying proper articulation, which means that the foot was severed from the body before being placed in the mass grave.

Seefield has noted the significance of this Mayan find, ‘It is absolutely rare to find such a mass grave in the Maya area. The only other archaeological evidence of such dismemberment of victims was in the site of Cancuén, Guatemala.’

Lead by Dr Nikolai Grube and Dr Kai Delvendakl from the University of Bonn, and Dr Antonio Benavides belonging to the Mexican National Institute of Anthropology and History (NIAH), archaeologists have been excavating this historical Mayan city for the past five years in search of uncovering the origins and collapse of the regional states in the Mayan lowlands. There are already plans in place to excavate the western half of the water reservoir in the hope that more Mayan artefacts. 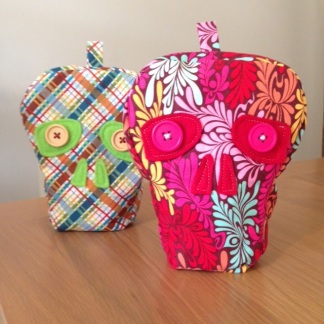